Two weeks have passed since my return from the New York, and here comes the sixth (!) and final post from what really was an unforgettable trip. For our last supper in the city, we painted the town red in a very unexpected way – with a non-traditional Passover dinner at our friends house, with lots of wine, a bit of vodka and plenty of history and culture.

Jessica Litwak and her two daughters, Emma and Sophie, had invited us to dinner. By no means a traditional bunch of ladies, this was a Passover dinner with a twist. We were greeted with vodka cocktails to get the party started 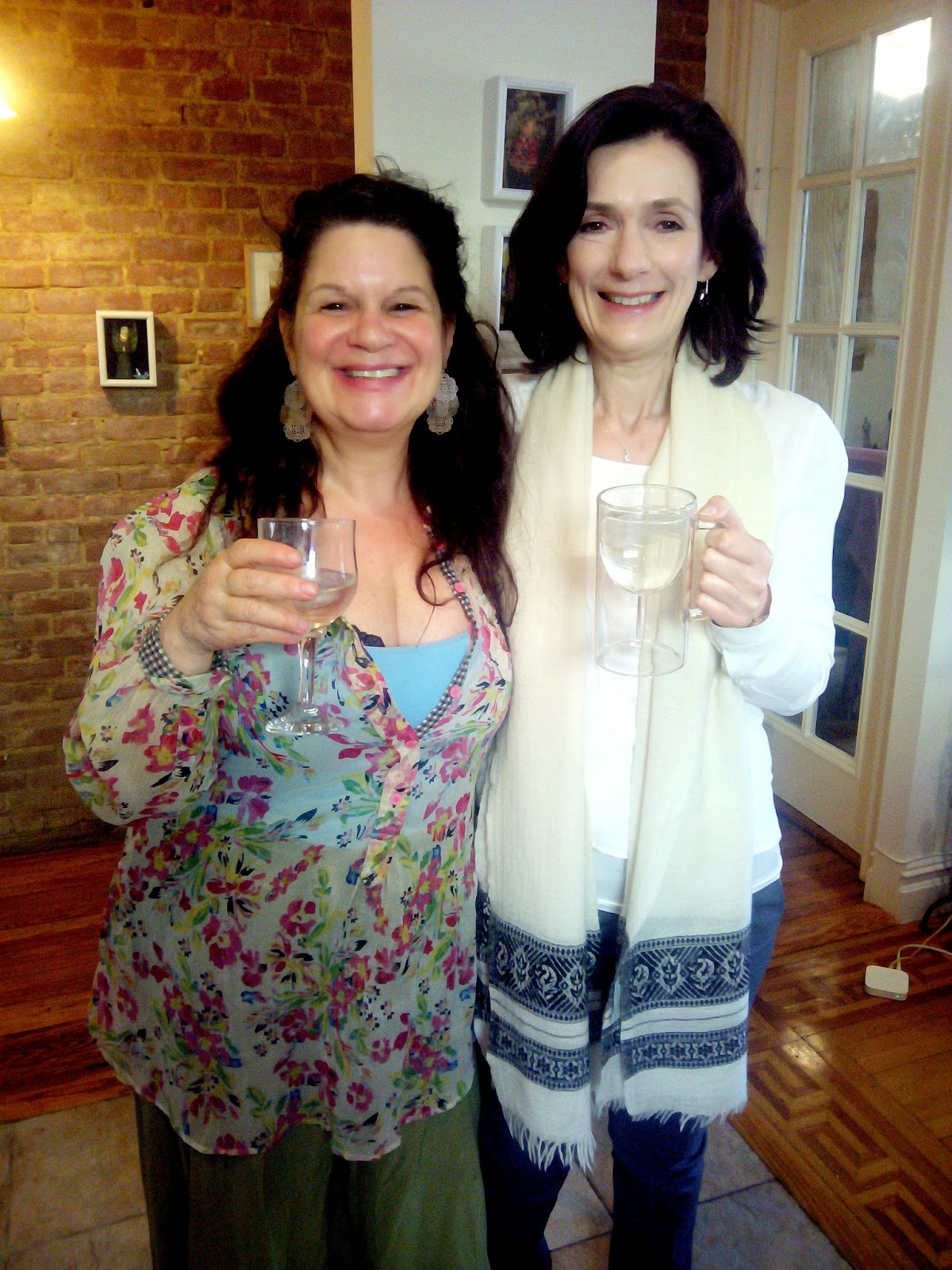 My mum and Jessica Litwak on the voddy cocktails

Seeing the table all set, I got very excited for the dinner ahead. Turns out there was quite a wait before the meal, as we first needed to read the Haggadah, a text that retells the story of the Jewish liberation from Egypt. The Litwaks used an alternative Haggadah, which was compiled by the youngest daughter Sophie. The alternative text we were reading explained why our Seder Plate, which traditionally has 6 items on it (each representing a different part of the story of Passover) had two extra items: an orange and some olives. 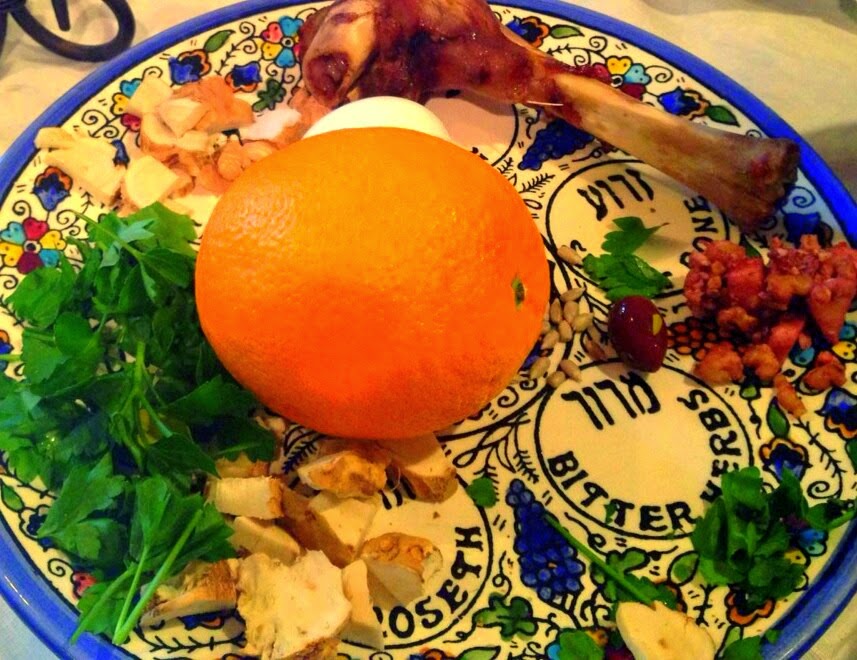 The orange represented the desire for a non-discriminative Jewish community which includes and welcomes women, queer and transgender people with open arms. The olives held their significance in representing the oppression of the Palestinians in Israel. Sadly the destruction of Palestinian olive trees by the Israeli army is just one way that Palestinians are suffering due to the current conflict.  Adding in these two items highlighted the similarities between the liberation of the Jews from Egypt thousands of years ago and issues we are facing today. It was a great point for discussion and reflection – debates did spark up! But all in good spirit and it was a hugely enjoyable part of the night. 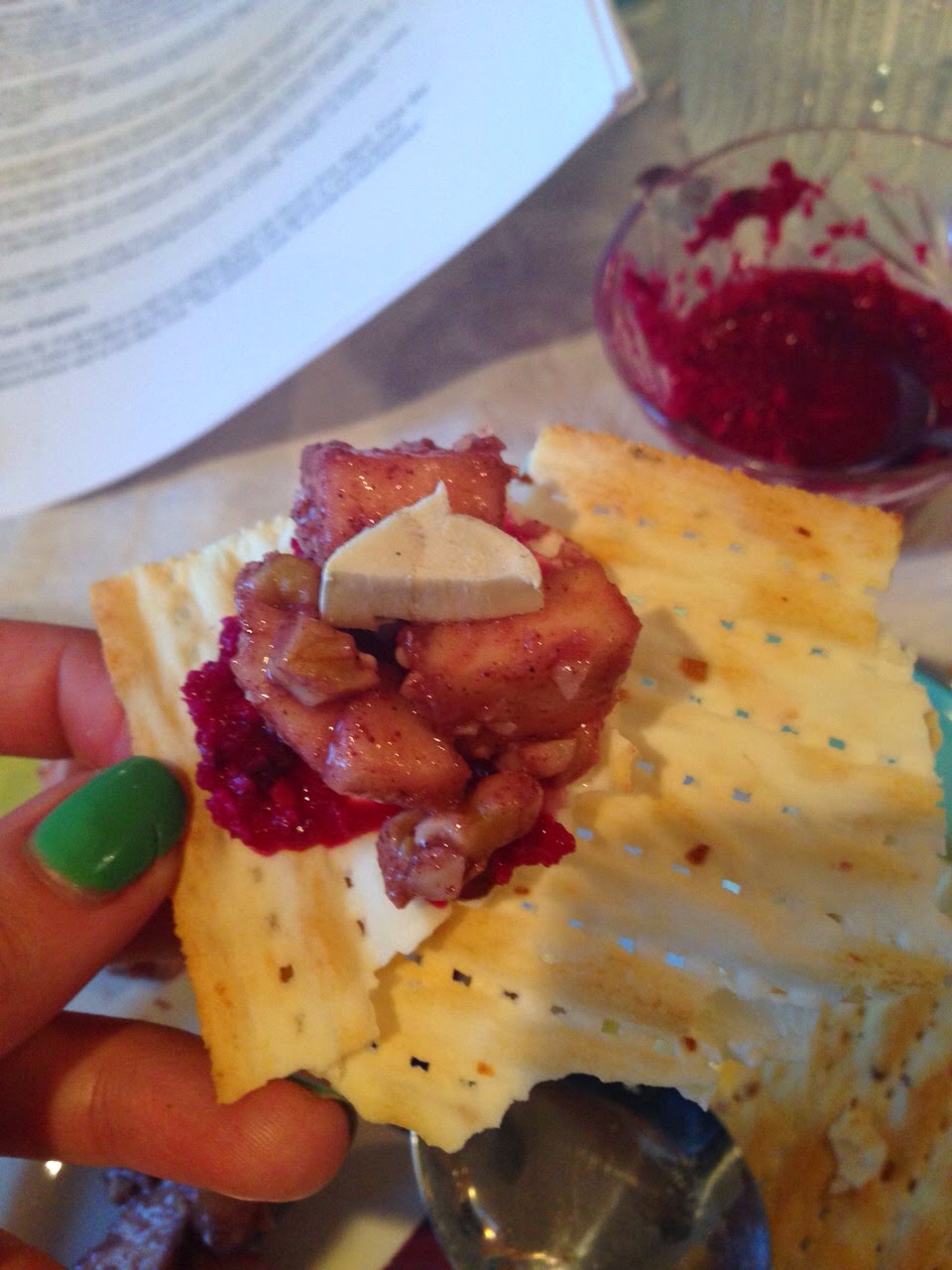 Although there was still a while to go until the main meal was served, soon came time for a snack in the form of the charoset. This apple and walnut mixture made with red wine and honey represents the mortar that the Israelites used to make bricks while they were slaves in Egypt. I was told to put it on my matzah bread with some fresh horseradish – a seemingly odd combination, but actually the contrast of flavors was quite delicious.

Before the dinner, my mother, a Jew who spent some of her childhood in Israel, told me that I had to try the gefilte fish. When someone tells you something is a ‘must try’, it’s either totally delicious or a bit weird. I can confirm this odd fish formation falls into the latter category. Gefilte fish is ground fish mixed with various other ingredients such onions, carrots, eggs, and seasonings. The delights of this Jewish delicacy were a little lost on me – the strong fish flavors and almost pulp-like texture of it all didn’t really go down well. 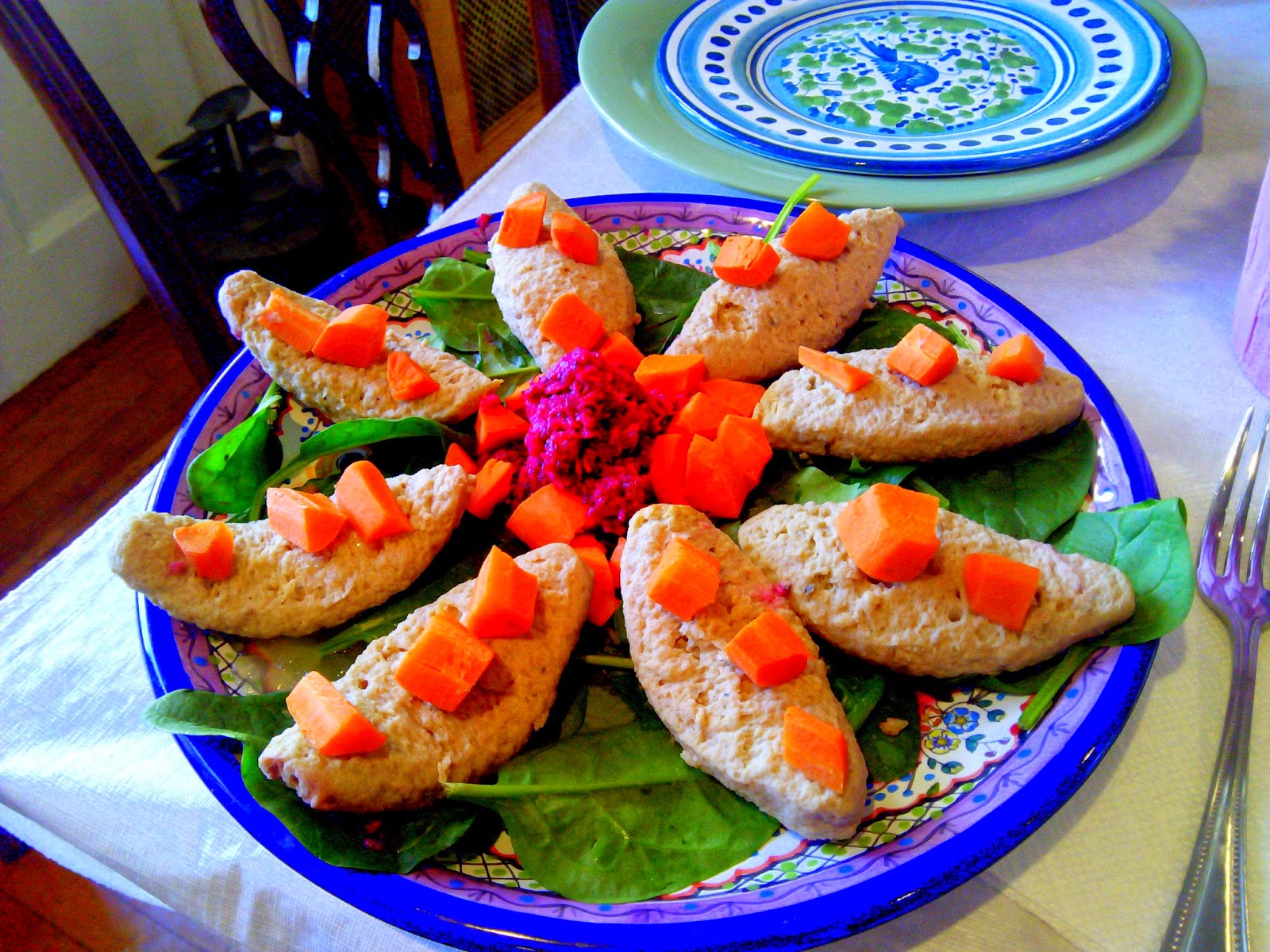 Skipping past this odd tasting fish dish, and finally it was time to eat! Our meal was served: a delicious roast chicken dinner, with herby roasted veg and fresh leafy salads. 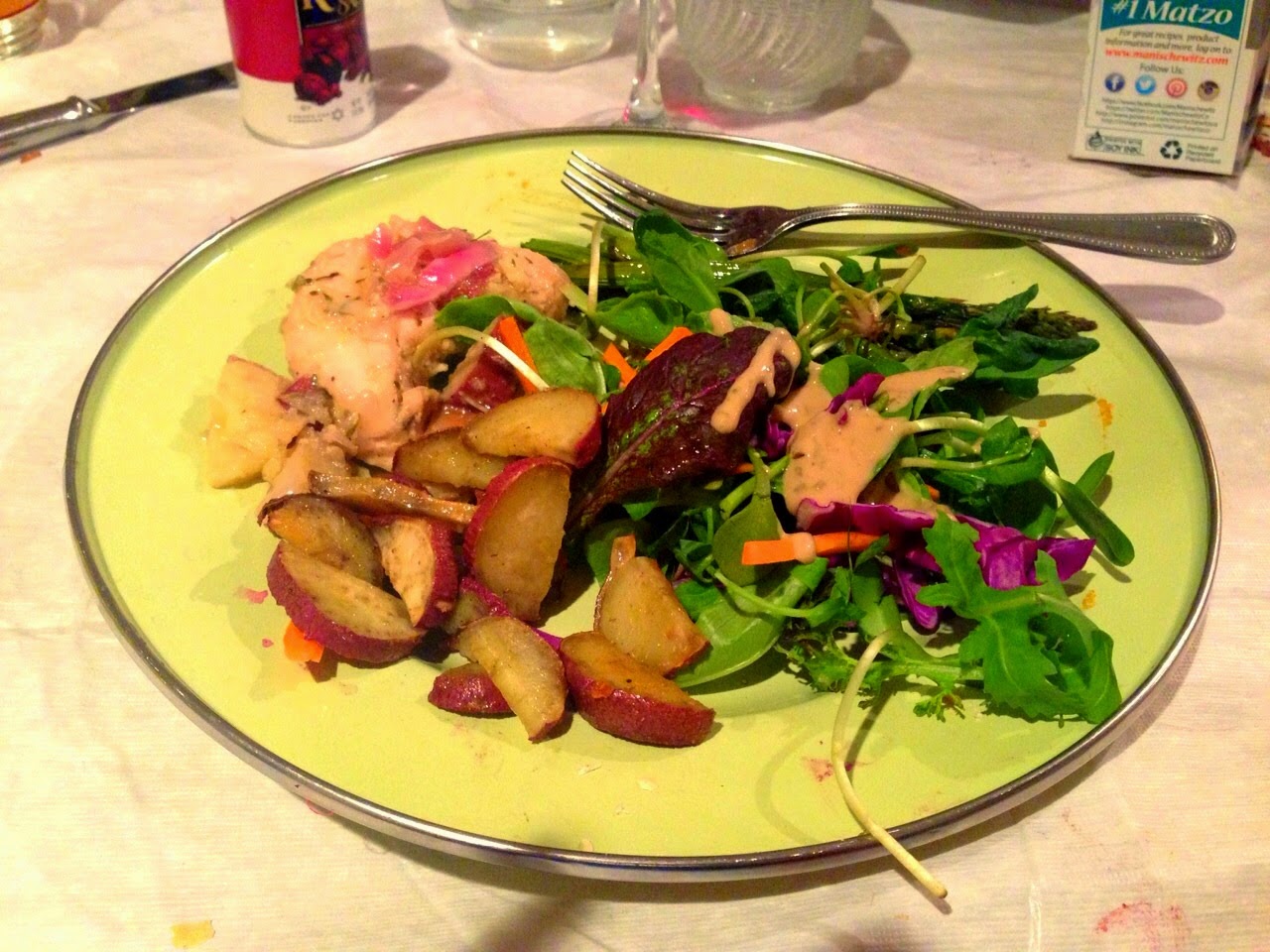 Lastly, it was onto dessert. As the Passover story goes, the Israelites left Egypt so quickly that their bread did not have time to rise. It is from this story that the rule of only eating unleavened food (food without wheat ) during the eight-day long Passover period originates.  No leavened goods also mean farewell to flour and baking powder – essentials in tasty sweet treats. Does this mean we just skip dessert? 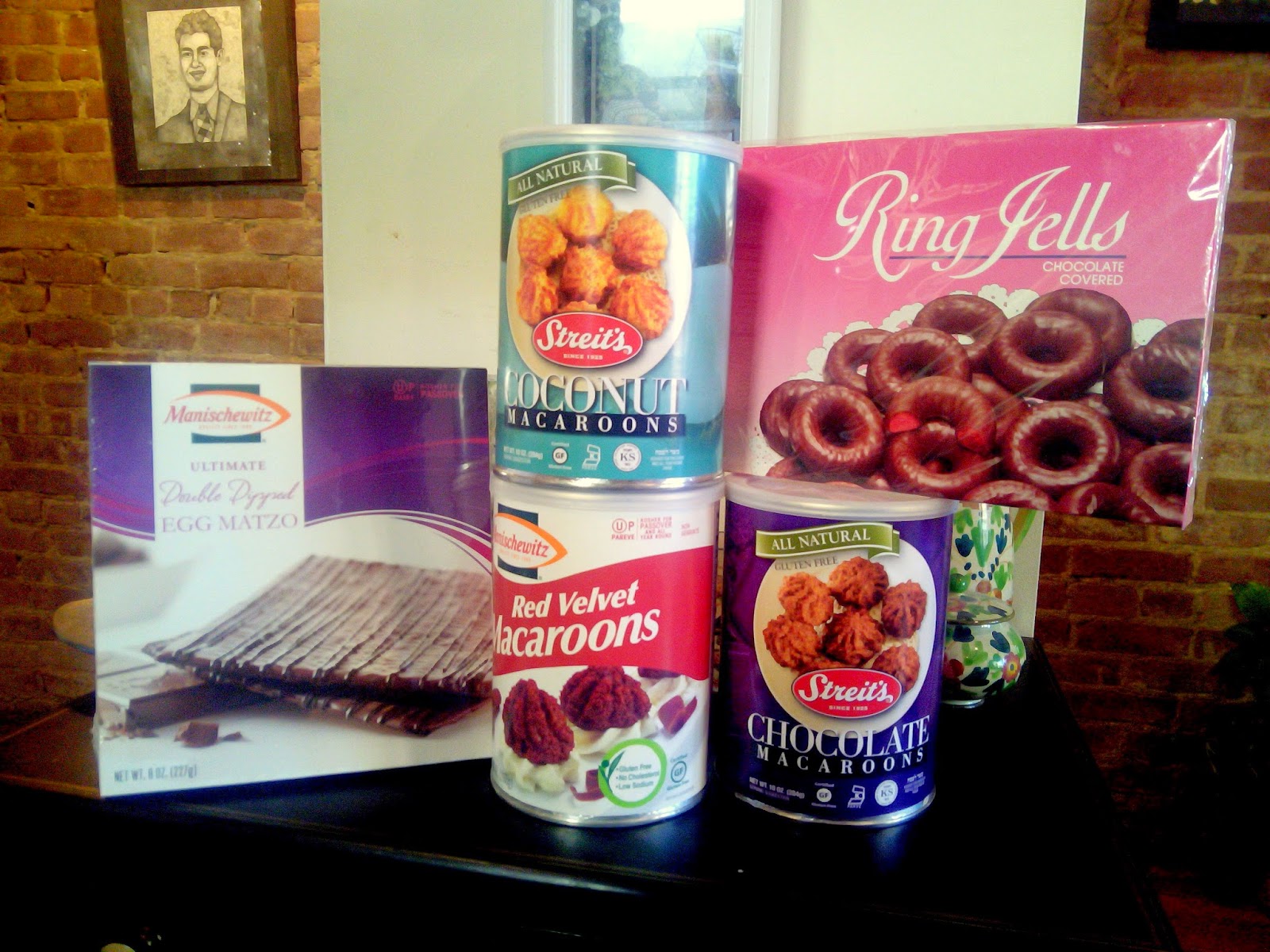 Of course not! Macaroons made with ground almonds and coconut are a popular sweet nibble, along with chocolate covered matzo bread and some apparently much-loved chocolate covered jelly rings. These gluten-free goodies, along with a rich chocolate tart, were all part of our dessert, making me think there could be something to this lack of leavened goods after all.

While we were all curious to try the macaroons, jelly rings (a no-no) and chocolate covered matza bread (surprisingly very good), the star of the dessert was a flourless chocolate cake, bought at the epic Whole Foods Market. This was accompanied by some of NYC’s finest ice cream, bought at Talenti gelato e sorbetto. I can vouch for this being some seriously good gelato, and we were able to sample the toasted almond and also black cherry flavor – the perfect creamy compliments for the dense, rich chocolate cake. 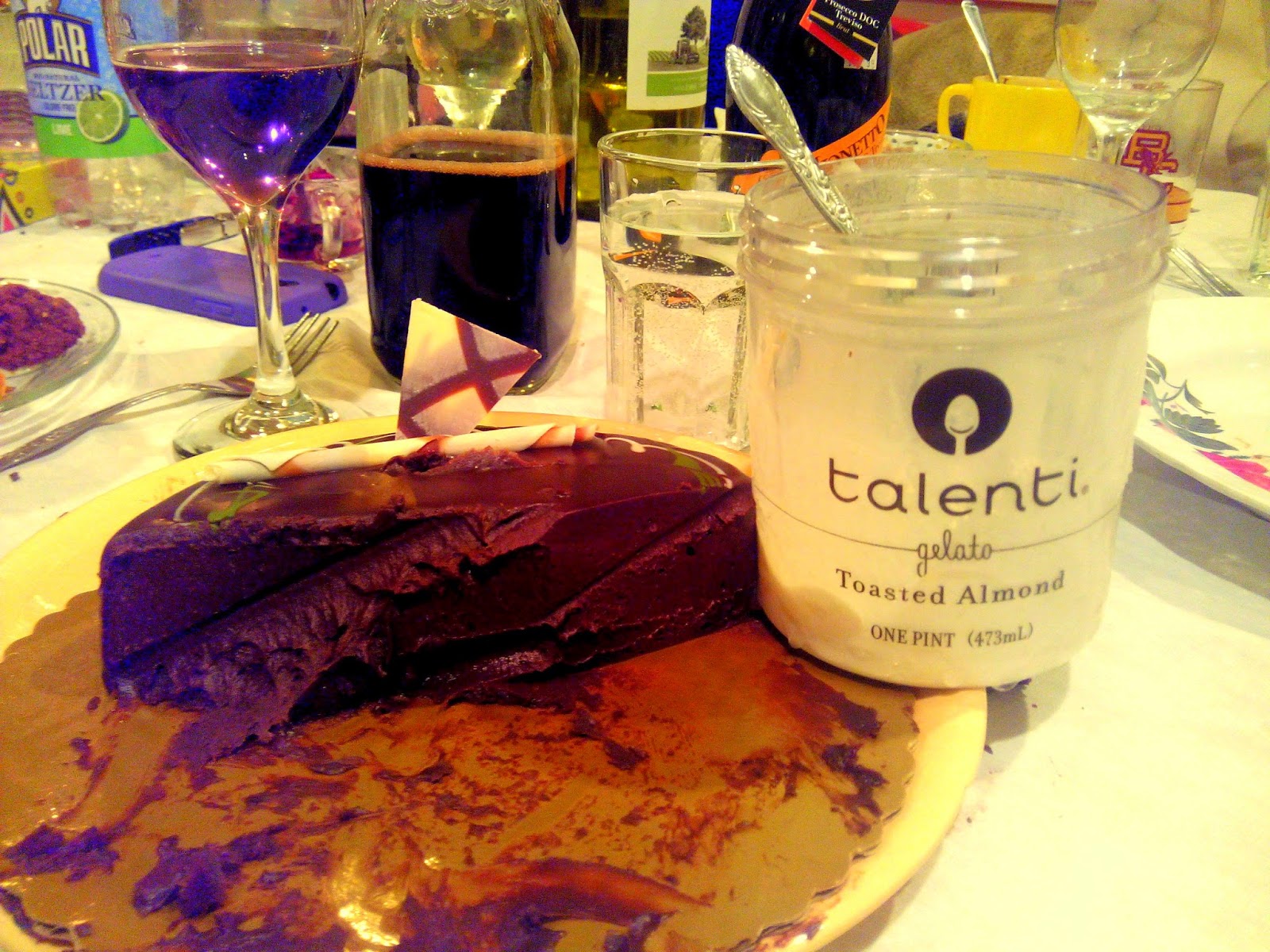 We left the Litwaks filled with food, wine, and memories of a great evening shared with some incredible women. While I previously had never really felt any affiliation to my Jewish blood, after my first Passover dinner I started to have a sense of connection to all the history and stories I had heard. You might not catch me headed down to Hebrew school anytime soon, but this experience definitely sparked an interest into Jewish culture for me. 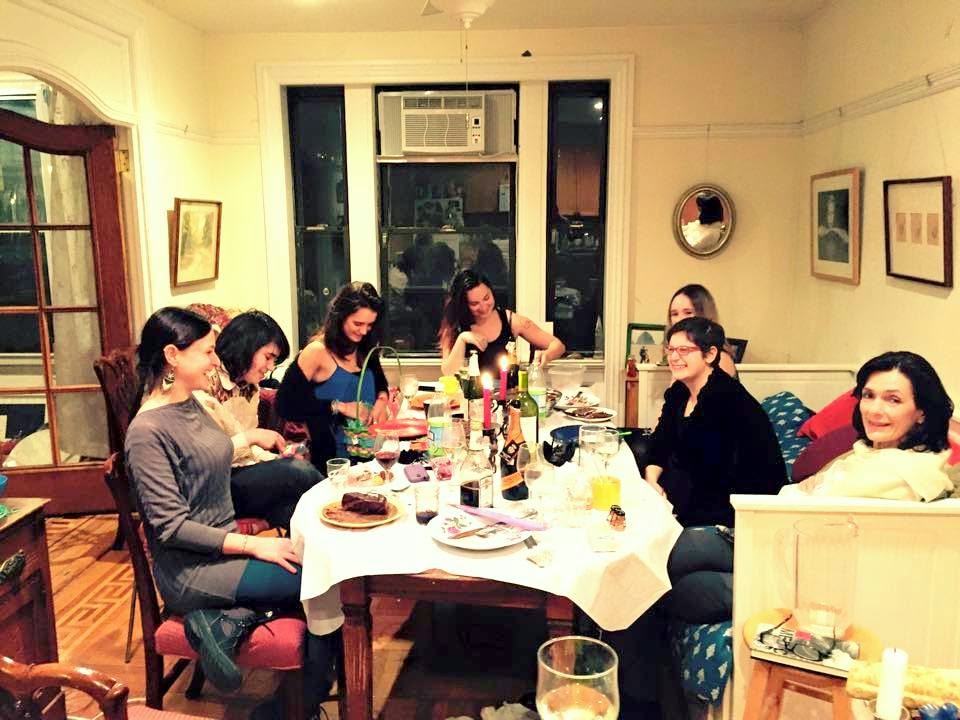 Sadly the next day it was goodbye to the Big Apple, but not so terrible as I was headed back to the sunny Barranquilla and my beloved Colombian coast. As my leaving date is now in sight, I am determined to try all the local delicacies before I leave. Cow eye soup is next, so stay posted for that typical treat!

« Orgasmic eats at another NYC Classic – Katz Deli
Museli and milk for breakfast? Give me fried pork rind instead! »