I’ve had an absolutely great time being back in the UK, catching up with friends and family, soaking up all things British and enjoying what feels like a million cups of tea (and many a mince pie too!). As happy as I am to be reunited with these British delights, I also wanted to share a bit of Colombian cuisine and culture with my friends here in London too.

Before leaving Barranquilla I hit up the supermarket to stock up on certain Colombian goodies. With a night out in London on the cards, I thought it was the perfect excuse to host a Colombian themed pre-party at mine. I assessed what ingredients I had to hand (along with what would be available in the UK) and set out making my menu. To drink I chose typical aguardiente (think sambucca but smoother), agua panela cocktails (brown sugar water…in my opinion just made to be mixed with rum) and juice from a fruit called borojo, as I had brought over the pulp.

To eat, I thought of chicken wings and traditional arepas, made with a special corn flour which I bought over from Colombia. These were topped with guacamole and tomato salsa, which also went nicely with the patacones al horno I served (recipe found here). On my local high street I even managed to find yucca, a root vegetable popular in Colombia. The yucca was boiled and served with fromage frais, which I hoped would be some kind of equivalent to the delicious costeño dip suero, which is a bit like sour cream. 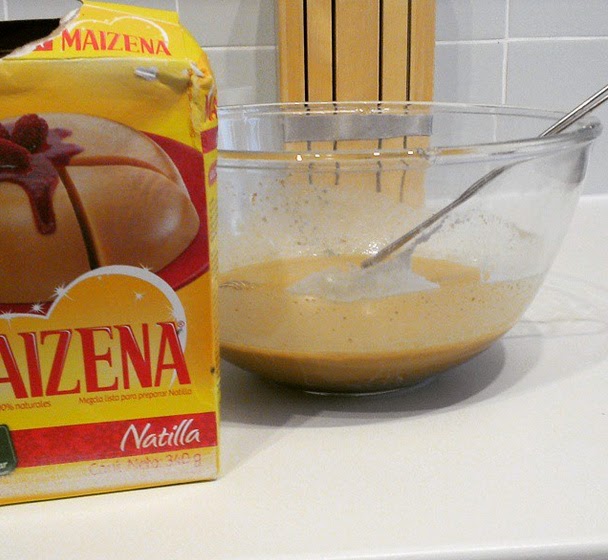 Desert in a packet = classy

And of course – dessert was compulsory. The cake from my previous post featured, as did natilla – a traditional Colombian flan, made from panela (dark sugar) which I served with cream and strawberries. This came freshly from the packet, and I felt very retro chic serving flan with whipped cream.

To list all the recipes here would be far too lengthy, but really a lot of them were quite basic. The tomato salsa was simple but classic, from none other than the goddess that is Delia Smith (check out her recipe here). The chicken wings (seen above in the glass bowl) were marinated in a last minute concoction of what I deemed to be a ‘Colombian-inspired’ sauce, and they turned out to be really tasty.

To give them a go, you need:

-2 tbsp cumin seeds, ground
-2 garlic cloves
-Generous drizzling of olive oil
-A spoonful of chilli sauce (depending on how hot you like it)
-A tablespoon of crunchy peanut butter
-A large handful of corriander leaves
-Plently of salt and pepper
-3 tbsp of thick greek yogurt.

All whizzed in a blender, this made a lovely thick marinade for the wings. Coat wings in marinade from anything up to 24 hours before serving (the longer the better really), and then cook at 180 degrees for about 45 minutes.

Soon enough, the food was ready and the feast was served! 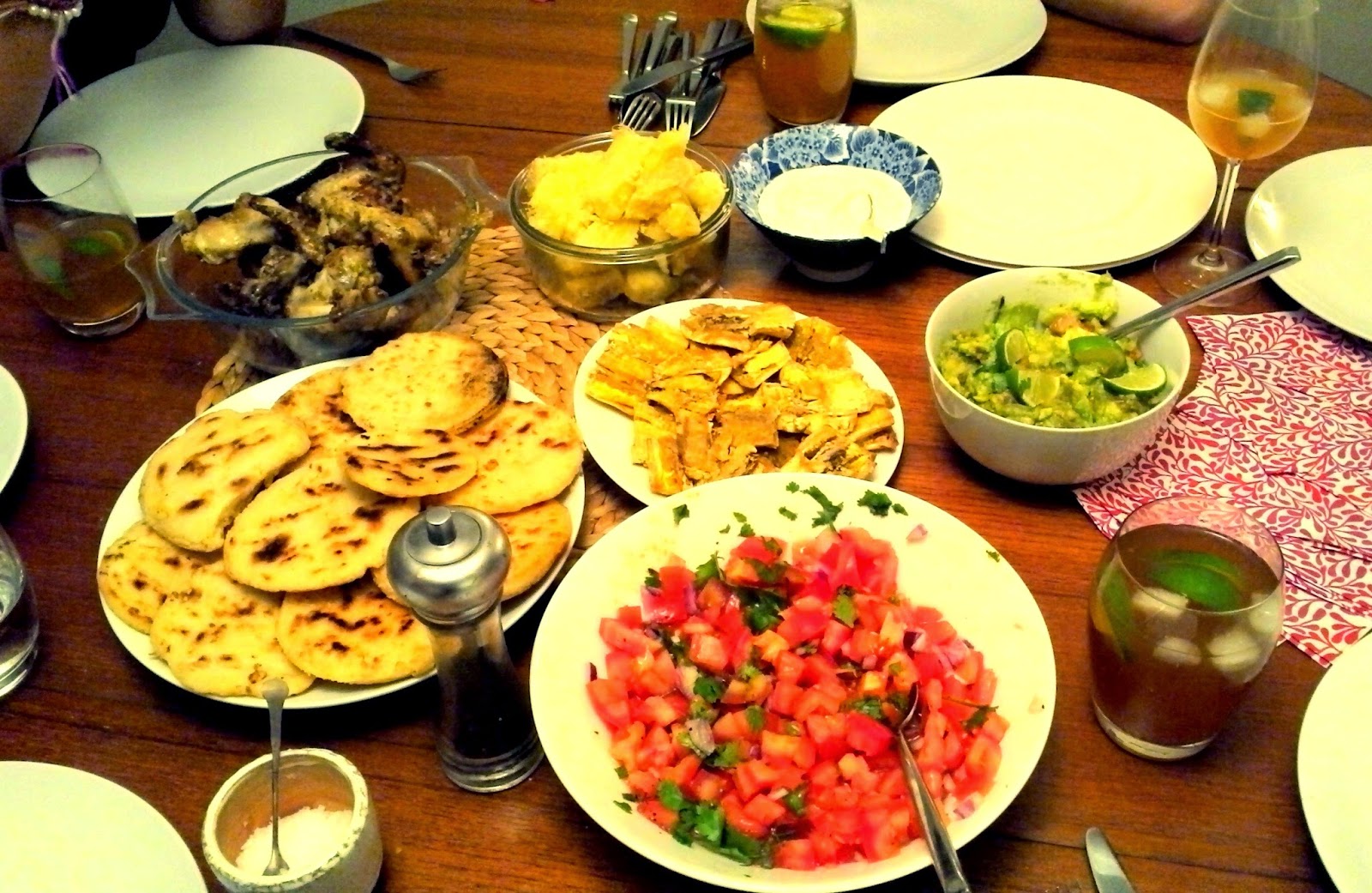 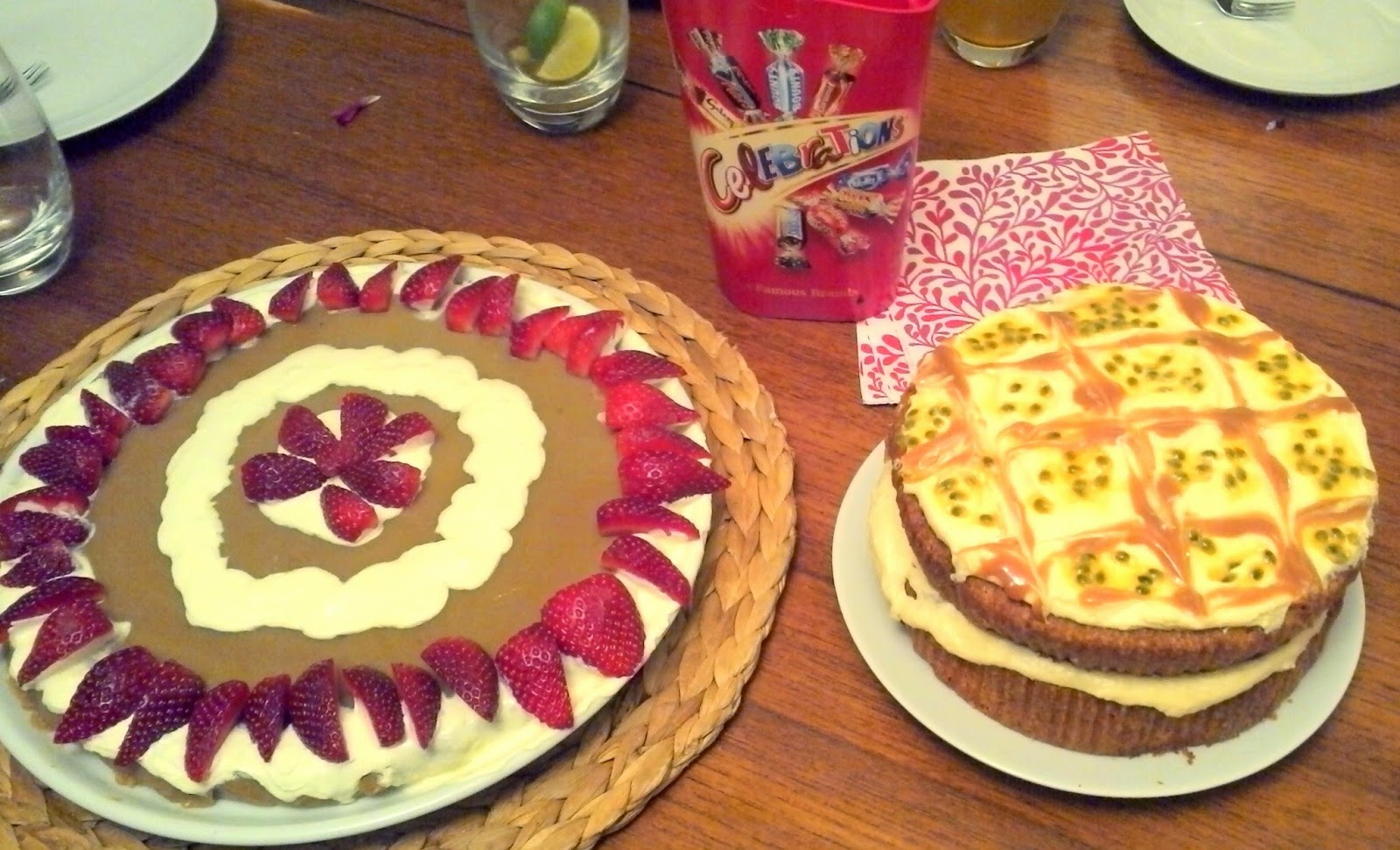 My retro flan and passion fruit sponge were accompanied by the very welcome addition of Celebrations – and now I really feel like it’s Christmas. Overall it was a lovely evening spent with wonderful people, catching up and sharing a great variety of food (and drink…). 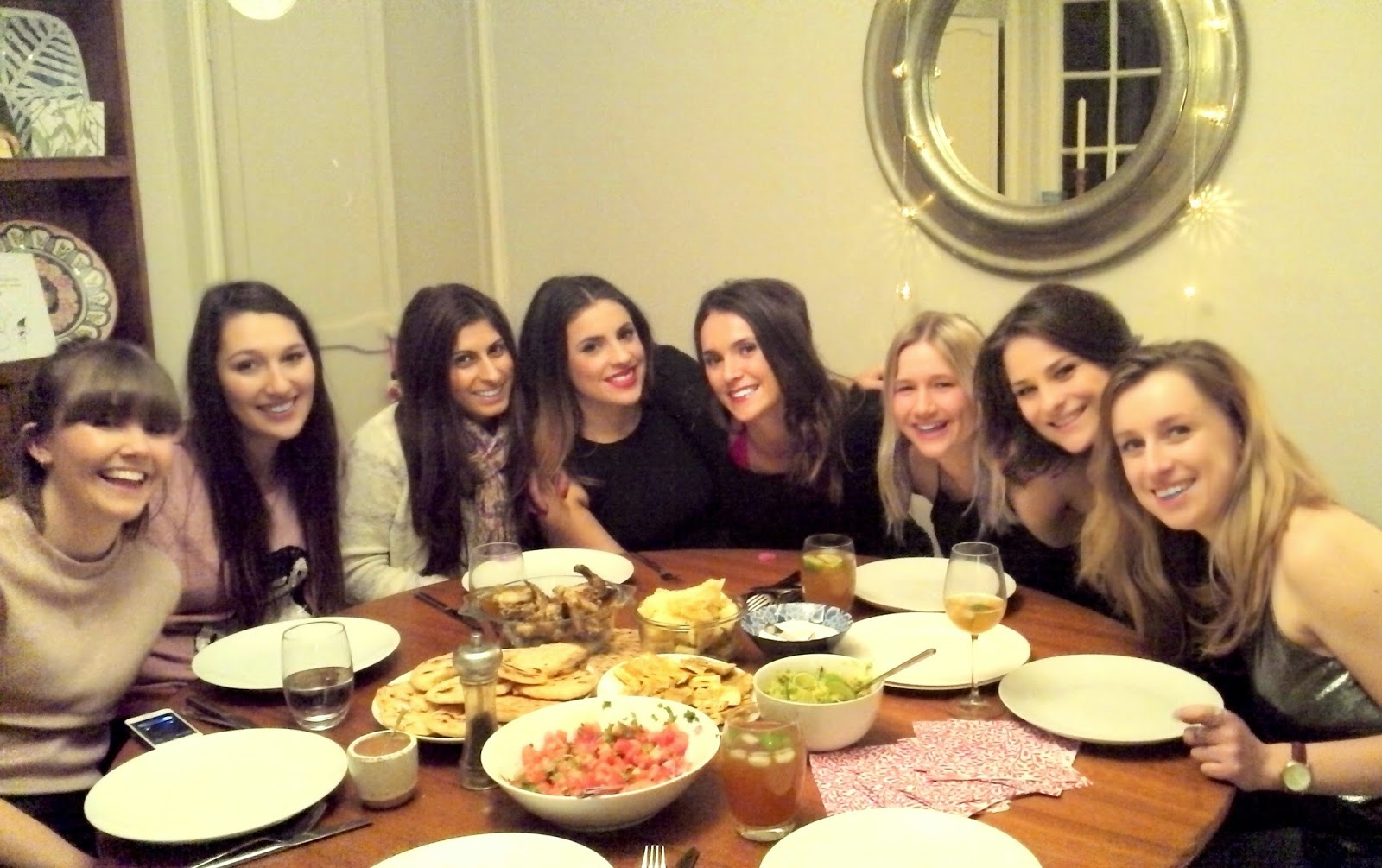 Here’s to Colombian food reaching London, and catching up with old friends. I intend on bringing back a few British treats to Barranquilla too, but fear the delights of Heinz baked beans may be lost on the Barranquilleros. Still, a girl can always try!

« British Baking (with a Barranquillero twist)
BYOB, Sea Urchin, Shish kebab and Michelin-Starred meals – A week and half back in LDN »