BHS, the much loved British department store, offers a ‘Great British Breakfast’ for the bargainous price of £1.99. A great shout for watching the pennies, but potentially not the best place for sampling some fine dining. However, not all department stores are cut from the same cloth, as I discovered when I experienced fine dining and more on the sixth floor of KaDeWe, Berlin’s swankiest department store. 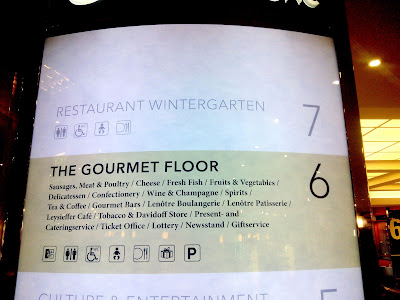 Opened in 1907, KaDeWe is somewhat of a Berlin landmark. With a whopping 2000 employees across 7 floors, KaDeWe holds treasures untold for every kind of shopper. And while some tourists gawp at the designer clothing or lose themselves in luxurious cosmetics and fragrances, I had one sole interest – any guesses what that could be?

Not just a food hall but, in fact, a whole ‘gourmet floor’, the sixth floor of KaDeWe is the stuff hungry dreams are made of. Rather than list what food was on offer, it’d be easier to say what you can’t find here…and even then I’m stumped, as they seemed to have every food type and product known to man. Here’s a run-through of some of the gourmet goodies this food heaven contained. 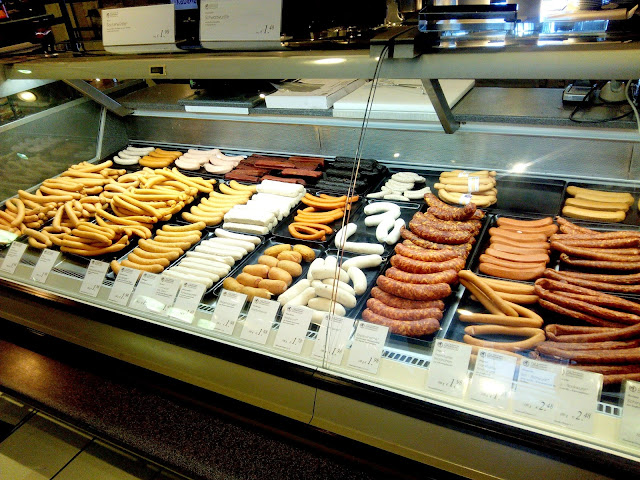 Sexual innuendos aside for a minute, just check out the amount of sausage on offer. I didn’t even know half of these sausages existed – particularly peculiar was the white sausage, a typical Bavarian weisswurst made from minced veal and pork. After my currywurst experience previously, I didn’t feel in a rush to consume any more German sausage but were I to be tempted, I would have known where to come. 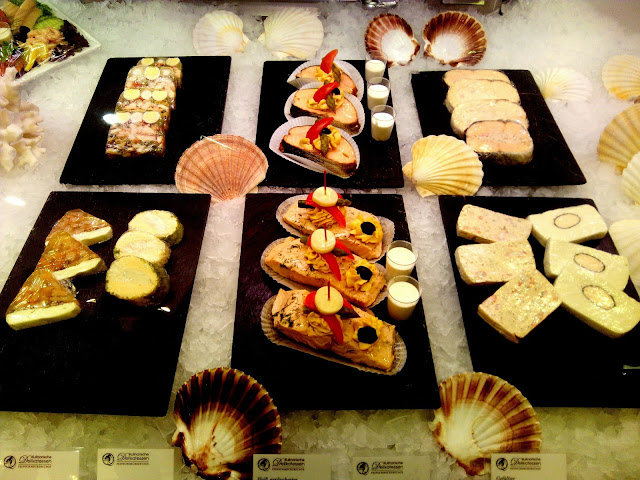 KaDeWe’s chilled fish section was essentially a homage to the ultimate retro starter, the prawn cocktail. Fish terrines and elaborately styled salmon steaks decorated these chillers and looked absolutely delicious. Scoping around a bit more, we spied an equally tasty looking salad bar and felt it was time to sample some of these dishes. 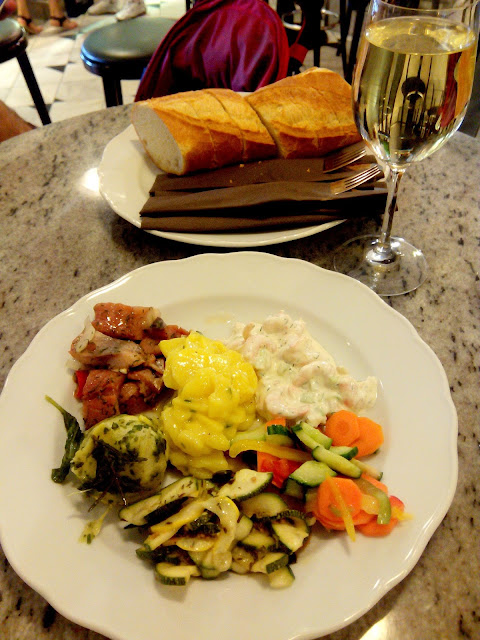 Roasted artichoke sat next to a delicious curried potato salad (they love a bit of curry flavoring, clearly), with some vegetable salads and wonderful fish options too. My favorite item on this plate was the pink pickled herring, which was a wonderful mix of the sharply flavored fish against the sweet pickling vinegar, with a lot of dill for a punch of flavor. A large glass of the highly-drinkable German Riesling wine washed this meal down perfectly.

And now, onto dessert you may ask? Seeing a macaroon, I’d say that’s a valid question. However, this is no ordinary macaroon. It is actually a macaroon, sweet as they are, filled with…foie gras. Why fill a sweet, sugary macaroon with goose liver? Another valid question. They say there’s no better way to learn than through experience, so away I went. 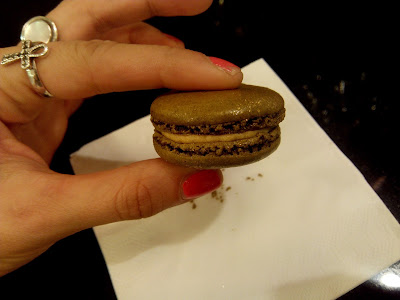 Was it going to be the weirdest yet most wonderful and wacky mix of flavors I had ever tried? 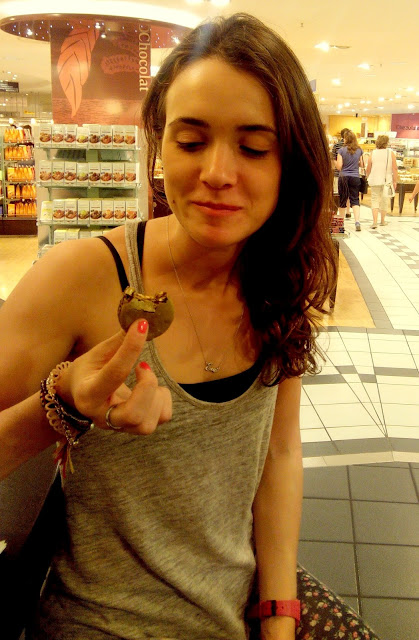 Not. It takes quite a lot for me to say I dislike a particular food, but macaroon filled with foie gras? You nasty.

Luckily KaDeWe had a vast array of drinks on offer to wash down the unpleasant offal/meringue taste I had going on. Anyone up for a can of ‘Funky-T Hemp?’. Weed in a can. What will they think of next! 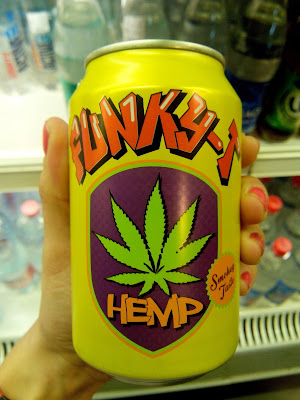 Other KaDeWe food joys included the best of British… 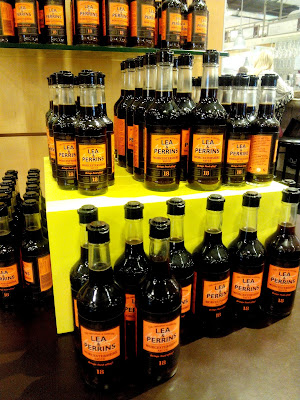 Seems it’s not all crazy curried condiments in Germany, and they know a good sauce when they see one. If you find yourself in Berlin, this food hall really should be a stop on your trip. Even if you’re not a foodie, this place is a great spot to just wander around and gawp at the ridiculously expensive food items…and maybe you’ll be tempted by a pâté filled meringue?