Buenos Aires is a city unlike any other. Despite being a Latin American capital, it has a distinctly European vibe due to its rich history of immigrants arriving at its ports. Not just a place attractive to Europeans, the city is also home to a huge mix of Latinos from all across the continent. Such a diverse mix of cultures means that Buenos Aires is a great place to eat. Hurray!

The Buenos Aires barrio of Once (pronounced on-say) is a brilliant place to come and sample cuisines from other Latin American countries, especially Peru. One of my old favorites in the area is the Peruvian eatery, La Rica Vicky. A popular lunch spot, the ‘menu especial‘ includes a soup and 10 plates to choose from, ranging from chicken and rice to the famous lomo saltado (beef strips cooked in a Chinese style sauce with chips) or aji a la gallina (chicken in a creamy yellow sauce made with small yellow peppers). 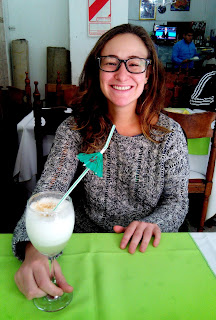 n Buenos Aires meant catching up with friends, like Ari. We had met in Colombia and when she shared my fried ear and tongue picada after a night out, I knew she was a girl after my own heart. Sadly after three years of living and working in BA she was off back to the states. Her departure meant that cocktails at lunchtime were perfectly acceptable – being at the Peruvian joint La Rica Vicky, the typical tipple of pisco sour (pisco served with lime juice and frothed egg white) was the natural choice. Cheers to Ari and the next chapter in her life (and for making daytime cocktail sipping acceptable!).

Despite offering such a cracking lunch menu, on this particular trip to La Rica Vicky my offal-loving eye was drawn elsewhere. Anticuchos, how I love thee. Basically just a whole load of offal, these caught my eye as I was familiar with chunchuli (intestine), down with mollejitas (sweetbreads) but what an earth was rachi? Turns out it its beef heart marinated and cooked on a skewer, and would also would be my lunch for the day. 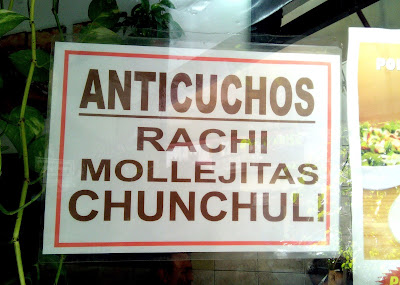 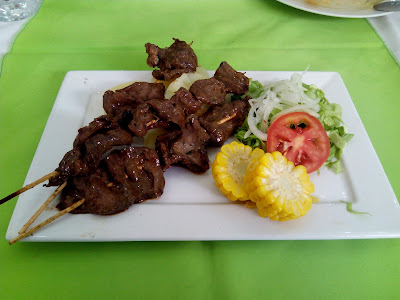 My heart was marinated to perfection. I don’t know if it’s due to the type of meat heart is (being an organ an all), but these skewers had a really great flavor, a mix of garlic, coriander, and cumin. Since researching a bit more about the role offal plays in Peruvian cuisine, I found a great recipe for these skewers here. To those of you daring enough to open your heart the eating a bit of heart, why not try cooking it at home?

It’s a well-known fact that in Buenos Aires you can get some of the best meat money can buy. But it tends to be cooked in the same way every time – on a grill, without any marinating or pre-curing. So I was very excited to discover that since I had last been in BA, a new Texan BBQ joint had opened to absolutely roaring success. 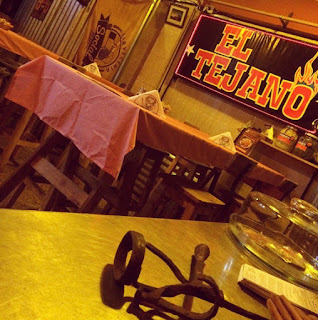 El Tejano is bringing Texan cuisine to Buenos Aires and the people are welcoming it with open arms. The owner Larry has been smoking and grilling his way around Buenos Aires for the past few years, throwing puerta cerrada style dinners – offering set menus in different locations week to week for a small amount of diners. However for the past two years he has been fixed in a small Palermo spot, offering lunches and booked out dinners to the hungry, barbecue lusting masses. (Thanks to the El Tejano Instagram for the pic).

I was lunching with my friend Lau and we happily let Larry do the ordering for us. Between two we ended up with an impressive three dishes…to sample a bit of everything, you know. Below is the brisket bagel, served with an incredible creamy sauce and cooked peppers, accompanied by some really, realllly good fries. What makes the fries so great? Apparently it’s the addition of chili salt and using oil which is constantly changed and kept fresh. Only the freshest fry for us ladies! 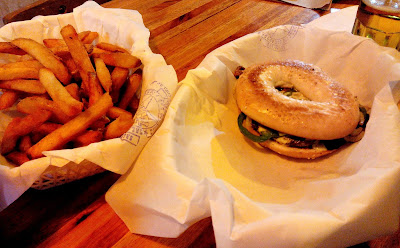 Moving on, we also sampled the famous El Tejano ribs. How very cliché to describe the meat of a tasty rib as ‘falling off the bone’, but what the hell, this meat really did fall off the bone! Smoked, marinated and grilled, they were some of the best ribs I have ever tasted. 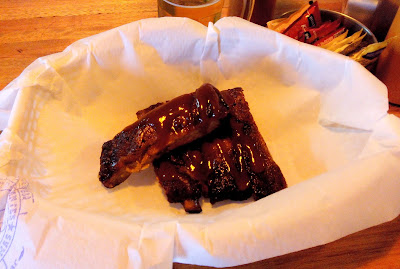 Just when we thought we couldn’t squeeze in any more, along came the wings. These for me were the highlight, as being in Buenos Aires for a few days already I’d had my fair share of meat. But chicken wings, smoked and then fried, smothered in BBQ sauce? Well, there’s a thing I hadn’t eaten in my entire life! As Larry told us, he’s the only person in BA smoking and frying his wings, and actually the only guy in Texas to do so too. So if you want to try these authentic Texan smoked wings (which you really, really do), get your arse to Argentina. 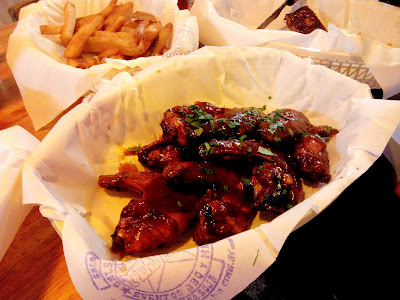 This is not the end of my BA eats. Barely the beginning! What would any Buenos Aires food blogging be without at least a couple of steak houses thrown in? And check back for the next post, in which I reveal the location of the world’s best sandwich ever (expertly rated by yours truly).

« Penis, balls and a bit of heart for good measure – more culinary exploration in Cali
The best sandwich in the world »