Read any guide book that refers to Barranquilla and you probably won’t be stopping by. Often referred to as ‘just a stop on the way to the far more agreeable Cartagena or Santa Marta’ (Lonely Planet direct quote), Barranquilla is not one of the coast’s touristic hot spots.

Oh so many beautiful. . .apartment blocks?

But for that, I love it. Barranquilla is a real coastal Colombian town, where the local phrase is ‘cogerla suave‘, meaning ‘take it easy’ (unless you’re from a Spanish-speaking country where coger has quite a different, naughtier meaning, but we’ll ignore that for now). Life is relaxed and people like to dance, spend time with friends and generally enjoy themselves. What better way to enjoy yourself than a night out on the town, dancing away to the sound of salsa? 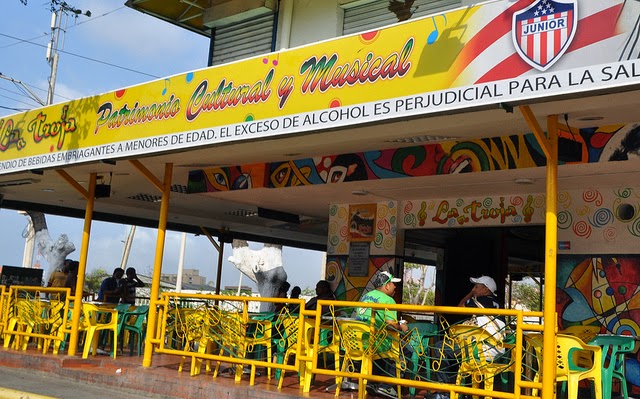 La Troja is a Barranquilla institution, and was described perfectly by a friend here as ‘an attack on the senses’. It’s loud, bright and crowded – and an incredible amount of fun. Playing purely salsa, if you’re looking for an authentic barranquillero night out, this is the place to come. The crowd is mixed, meaning you’re just as likely to find a group of young ex-pats here as you are a solitary salsa-dancing senior. It’s the kind of ‘anything goes’ type of place which makes me love where I live. Perhaps another one of my main draws to La Troja is the atmosphere around it. If you can’t grab a table inside, head out to the off-licence in front, where there is always a massive crowd chatting, dancing and soaking up the salsa. Also surrounding it are an array of street food stands. While the majority of people might head for a simple chuzo en palo (meat skewer with potato), the more adventurous of us head elsewhere.

You’ll find me at El Piqueteadero, where my love of all things meaty has found its match. Forget your typical Friday night drunken kebab, because here the party-goers late night food of choice comes in the form of pigs ear, lung, intestine and tongue to name but a few consumable animal parts. If it’s a piece of meat you’d never consider eating, you’re likely to find it here, deep fried and served alongside tiny boiled potatoes. These often neglected parts of meat are known as offal (or ‘variety meats’) in English and visceras in Spanish. The term offal refers to just organ meats, but can also be used to describe cuts such as ear and tongue. There are two different types of offal, labelled either ‘red’ or ‘white’. Offal such as liver, heart, tongue, lungs, kidney and spleen are labelled as red, due to the fact these parts are more ‘meat’ like. Cuts such as intestines, stomach, brains, and sweetbreads come under the white category, due to their appearance and slightly more foreign taste and texture. However, be it red or white, the idea of eating an animal’s insides seems to creep a few people out. But listen up meat eaters. If you’re perfectly happy to buy a pre-packaged, pumped up chicken breast in the supermarket yet squirm at the idea of getting down to the butchers and buying some blood sausage, I’d have a second think. In this day and age we don’t need to eat meat. We can find all the necessary protein and vitamins we need through other sources, and the process of feeding animals reared for meat creates an enormous amount of pollution. There’s also of course the ethics actually eating meat, but I don’t feel this post quite warrants discussion on that. If we choose to continually kill animals for food, I think it is important to make full use of the meat available. A great documentary on the meat industry is Get Vegucated, and if you want to know more on the topic I really recommend it. 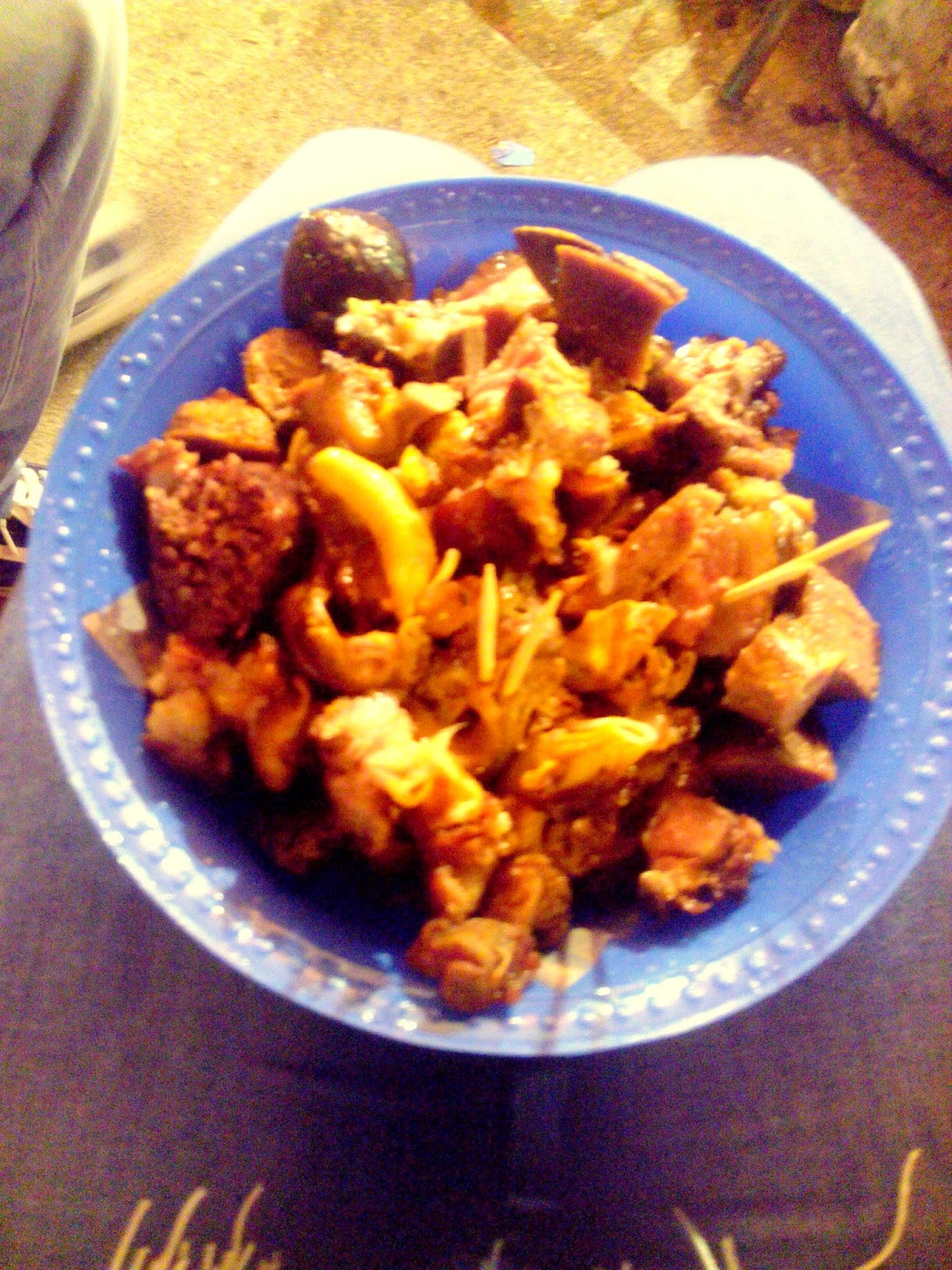 My bowl at El Picadero

If you’d eat a sirloin or rump steak, you’re eating a cow’s arse. I ask…how far is that from eating its kidney or liver? Or, if your like me and want to try it all, opt for some black pudding (morcilla), pig ear, sheep lung (bofe), cow tongue, a sausage called longaniza and intenstine. Well…at least that´s what my bowl from El Piqueteadero consisted of.

While it was good to try it all, I established a few things. This was not the finest black pudding I had eaten, pig’s ear is surprisingly delicious, lung isn’t my favourite, and tongue is almost too much like a normal cut of meat to even earn its offal status. I’ve now visited La Troja on numerous occasions, and even if not to eat there I will always pass by and have a chat at El Piqueteadero. Perhaps it’s odd that I’m now a recognised face at the fried offal stand, but otherwise how would I check out the variety of odd things on offer, and know what is still left to try? As it stands, testicles and cow udder is my next nibble of choice. Stay tuned for that! Bollocks in a bowl. Well, not quite, but on this list for next time!

« Munching in Medellin
British Baking (with a Barranquillero twist) »